Integral calculus is used to calculate the area in an interval between the graph of a function and the x-axis. 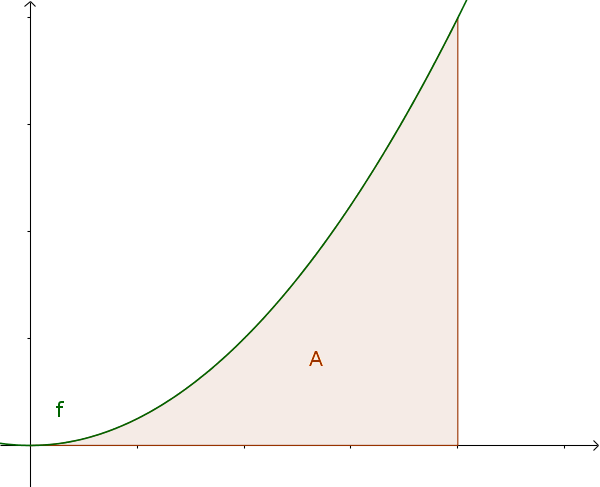 As early as 260 BC, Archimedes developed the partition of an interval method, which forms the origin of integral calculus.

If you want to determine the area now, one partitions the area into vertical rectangles. There are two possibilities:

The first partition of the surface is called lower sum and is smaller than the area. 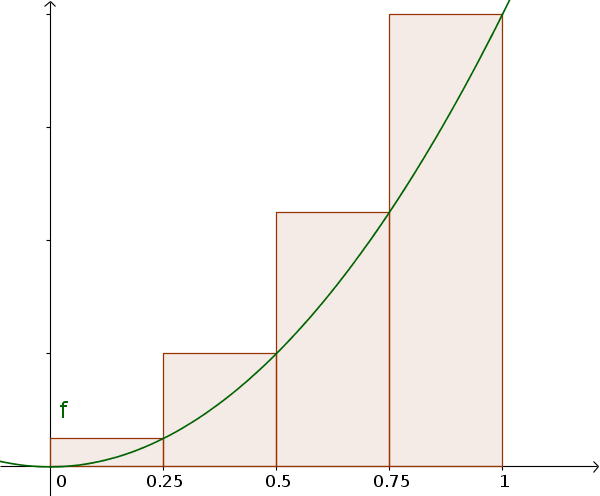 This is the upper sum which is larger than the actual area.

The smaller one sets the distances between the partitions (i.e. the more partitions), the more accurate the result becomes.

You can now calculate the areas of the rectangles (width is $0.25$ and height is $x^2$) and get the following:

With a higher number of partitions, the result becomes more and more accurate. So at a number of 256 partitions: